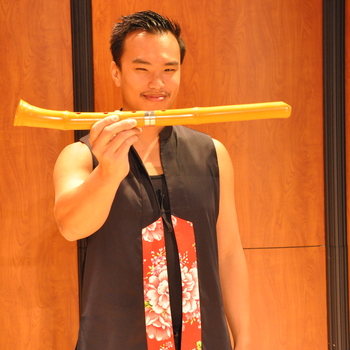 Shih-wei Wu is a multi-instrumentalist, composer, and movement artist. With a background in Classical music and Japanese folk music, Shih-wei performs and writes music that reflects his Taiwanese heritage and the diasporic communities of Los Angeles.