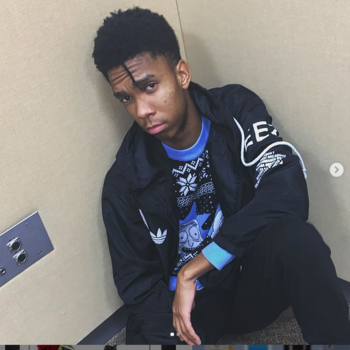 John Coleman, formerly known as "Frostbyt3" (pronounced "frostbite"), has been in the pursuit of making music for as long as he can remember. Born and raised in Norristown, Pennsylvania, John loves taking his optimistic nature and throwing his positive vibes into the songs he creates. At a young age, he decided to take music seriously as a passionate hobby. Starting out on Soundcloud and experimenting with music production software, he quickly became interested in producing music as well as writing his own songs. John has been known for his work on songs like "Waves" and “Dead Wrong” with artist, NLB Trey. Throughout the years, Frostbyt3 has always had interesting ways of being able to put songs together by working with artists he feels are as unique and creative as he is. He feels like thinking “outside the box” in anything is the best way to get ideas out. Frostbyt3 is all about changing up his sound, and as an artist, he wants his fanbase to grow with him as he does musically.