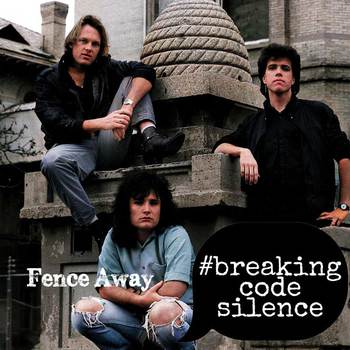 This song was was written about Provo Canyon School. The proceeds of this are designated to support #breakingcodesilence (through the National Youth Rights Assn.) #breakingcodesilence is a movement aimed at raising awareness and creating change to protect children from institutional abuse.

Back in 1988, Craig from Audrey Smilley worked as a pizza delivery guy for a Provo restaurant. One evening, he was sent to Provo Canyon School. We all had heard of PCS. We had known people who worked there and heard stories even in those days about abusive treatment of the kids there. One guy they knew laughed about roughing up some of the boys under his charge.

As Craig walked into deliver the pizza to one of the adults there, he was struck by a large fence which separated the school grounds from a pretty typical suburban neighborhood. These were nice homes with manicured lawns. It occurred to him that the kids there might be able to see over that fence. He wondered how they might have felt watching kids with their parents or playing basketball in the driveway.

That evening when he finished his shift, he went home and wrote Fence Away. The lyrics came out in one steady flow and it took him all of 5 minutes to write it.