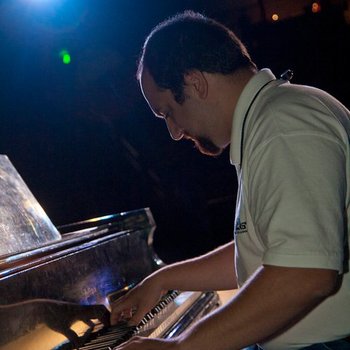 Justin Reeve is a native of Utah, and has played the piano for over 30 years. He enjoys performing songs for others and creating new songs with his own spin. When he was young, his musically-inclined mother made him begrudgingly practice an hour a day, would correct him from far corners of the house whenever he hit a wrong note, and wouldn’t let him quit his lessons. Eventually Justin’s attitude changed and he began loving the piano, and has been composing his own songs since he was a teenager.

Justin believes music is one of the unifying traits of humanity, and thinks everyone should find ways to express themselves through music, whether it’s listening to old favorite songs, discovering new ones, singing with others, learning and playing an instrument, getting swept up in the music at a concert, or just sharing songs you love with another person.

Outside his music, Justin is a software engineer and educational technology consultant, and a husband and father of four.