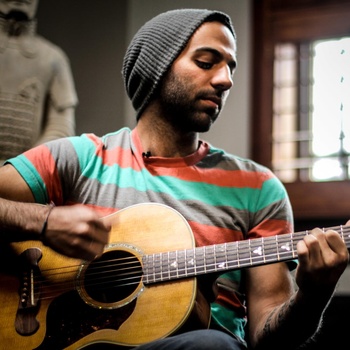 With lyrics that weave stories and muse over feelings many seem to take for granted, Brett Randell is a musician on a mission to connect to the world. The born-and-raised New Yorker, currently living between Austin and Denver, croons with a clear and powerful voice, catchy melodies, and emotional stories. Over the past 6 years, Brett has released 3 CDs and played over 300 shows across the US and Europe, including at yoga festivals and classes in Ireland, UK, Spain and Morocco.

About "Rise" (from Musicians for Peace album): Rise is a song Brett wrote over a period of 4 years living and traveling across the US, Europe, and Central America all while connecting/jamming/adventuring with all types of people.

Music Video Release: The music video for "Rise" will be released Tuesday, August 22, 2017 - stay tuned on all of Brett's social channels!