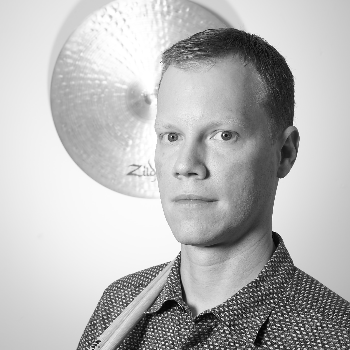 Jason has been a professional drummer for 25+ years. He plays and records in a variety of musical styles (Rock, Jazz, Funk etc) and can be seen with various projects around the Cincinnati, OH area and internationally. Some current projects include The Newbees (Beatles tribute, 60's/70's tribute, Original material), Now Hear This (Electric Jazz, World Beat), Almond Butter Band (Allman Brothers Tribute) as well as extensive freelance work. A highlight in Jason's career was a Modern Drummer feature in the April 2005 issue when he was a member of Jacob Fred Jazz Odyssey (Jazz, Funk, Improv). JFJO toured extensively around the globe and garnered a 2003 Best Jazz award in U.S. News and World Reports. Jason is a life long student of music and drumming and enjoys the continuing process of refining and expanding his expression on the instrument.