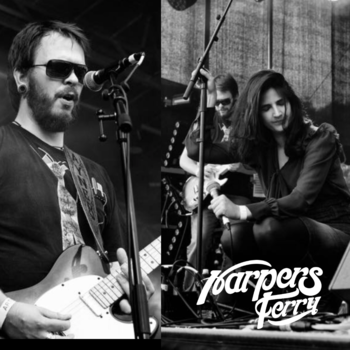 For the past seven years, Chris and Pia been members of an English rock band called, Harpers Ferry. The band has played countless gigs and festivals around the UK, including Lakefest, Wychwood and The Mosely Folk Festival. They have also been featured on BBC Gloucestershire, Gloucestershire Echo Weekend Edition & The Front Porch with Baylen Leonard. The band's sound is a mix of rock, country, folk, Americana and blues taking much inspiration from the late 60s/early 70s.

They recently took a hiatus from band life after the birth of their first child.

In that time, they have written and recorded from the comfort of their home, songs inspired by parenthood and thirty-something living.