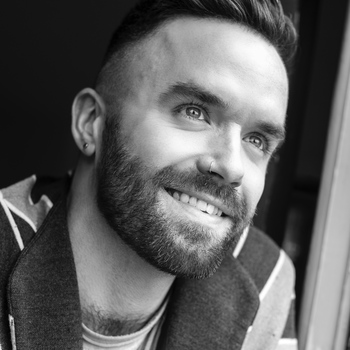 Brian’s career began on Broadway when he was just 18 years old. He moved to New York City to join the cast of “Wicked”. He then went on to perform in Pulitzer Prize Winning ‘Next to Normal’, QUEENS rock theatrical “We will Rock You” and Disney’s “Tarzan" among others. It was in these years that Brian really honed in on his craft as a singer.

In 2016 Brian appeared on America’s Got Talent where he was able to showcase his voice to a much larger reach. Some of Brian’s most memorable performances on the show were Radiohead’s “Creep” & Queen’s “Somebody To Love.”

With a growing fan base invested in both his music and his roles in anti-bullying and LGBT efforts, Brian’s star continues to rise. Between dropping covers like Robyn’s “Show Me Love” which soared to #2 on the Billboard Dance Charts, touring the world, and competing against 50 top talents on “America’s Got Talent: Champions;” in early 2019. Brian’s next move may be his biggest yet: his debut EP “RECKLESS” coming in 2020!