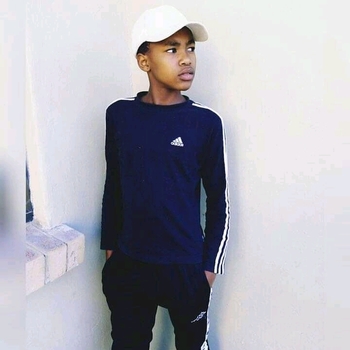 Siyolise Nkanyiso Jeranimo Mqoboli whom we know as Lil'Roger is born in Port Elizabeth located in South Africa in Eastern Cape on 2 April 2005. He started music at a very young age of 11 years back in 2016. He had a good back-up voice that's when he ended up being in a duo bu the name of 'Amakhabadin' mainly boys. Their first song was named true story which was Rnb with some rapping by the duo. At the end of 2016 the duo ended and everyone began their own journey. Later in 2018 December while in Cape Town, he started music again but this time it was A capella with rap with a jazz band. He then dropped a demo called ' Gangsta cheese' which was very popular in the hood only, That's when he got himself a special performance at the 'Rainbow Event 2018'. After that performance his fan base boosted he gained followers and likes on all platforms.23 January 2019, He's first song dropped titled ' Got Ya Back' which featured the vocals of Cloud9ine.