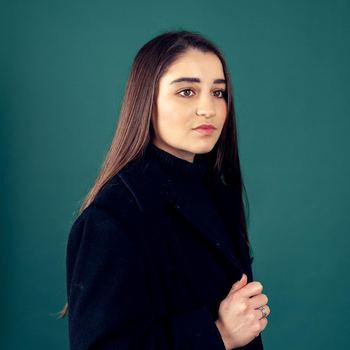 Kiki Halliday is a singer and songwriter from Los Angeles and currently based in Nashville, TN. Her music pulls together sounds of blues and indie muses. Her 2014 debut release, Love Notes, is a melodious EP with some notable songs. The second of the four songs, “Beautiful Soul”, is a hypnotic ballad which was included in the 2016 feature film, I’m Not Ashamed. You can also find her vocals on a few features as well, like a collaboration with LA producer/DJ Matt DiMona on his debut EP, Up All Night, where she co-wrote and sang on the synth, R&B infused track, “Next 2 U”. The song has over half a million streams on Spotify and rose to the #8 spot on Spotify’s Viral Top 50 chart. She has been called an “up-and-coming indie songstress” by LA Music Blog, which hits the current mark pretty well. The newest release of music from the artist is a song called "American Tragedy", a poignant story told through the eyes of a young person affected by gun violence in America. (August 2019)