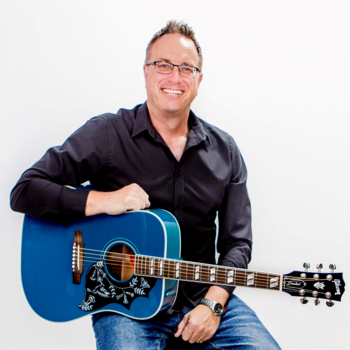 Originally from the "New River City" of Radford, Virginia, JC Covey creates and delivers acoustic blues music in his own unique style he calls "strumcussion," a term he coined for the percussive rhythm and riff guitar sound he naturally developed over the years, which helps fill in and provide self-accompaniment during his solo performances. In addition, JC enjoys crafting tribute songs to honor those special loved ones in our lives.

As a proud military veteran and successful business professional, JC works and resides in Southern Nevada where he is finalizing plans for his second CD ("Strumcussion Blues"), due to be completed and released in 2019. JC regularly performs in Las Vegas, Los Angeles, and the surrounding areas with aspirations to eventually tour throughout the US and Europe.